At the Balans, Nadia Naveau (Brugge, 1975) has installed two statues.  On one of the stone pillars in front of the CBK Zeeland building, stands a human figure, playfully spiralling into space. The cat on its head gives it an absurd twist.
The niche at the Balanspoort, in which there must once have been a statue, has now been transformed into a baroque statue.
She is an artist playing a baroque game with illusion, using forms she meets as she goes along. She kneads the clay, works with plaster of Paris and plasticine, casts her figures in bronze, rubber or polyester. Ceramic is also an important medium for her. Each figure gets the material it calls for, as long as there’s movement and colour in it. 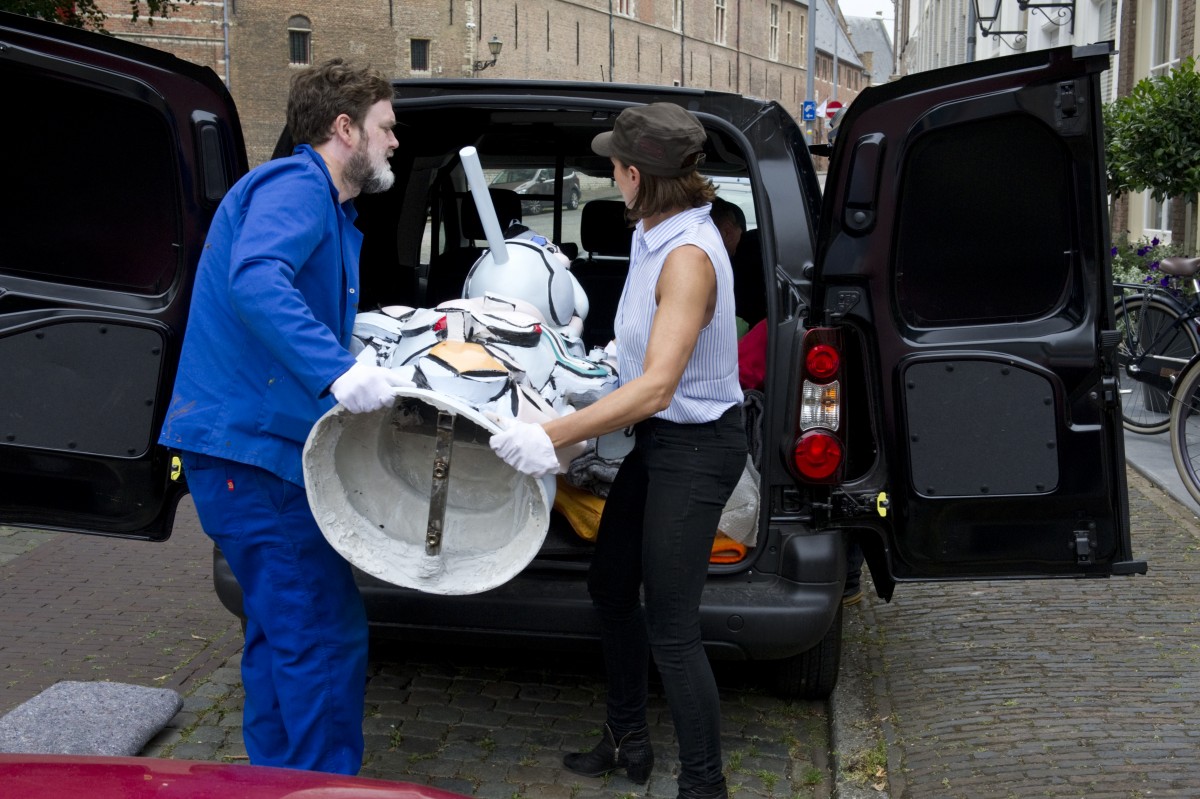 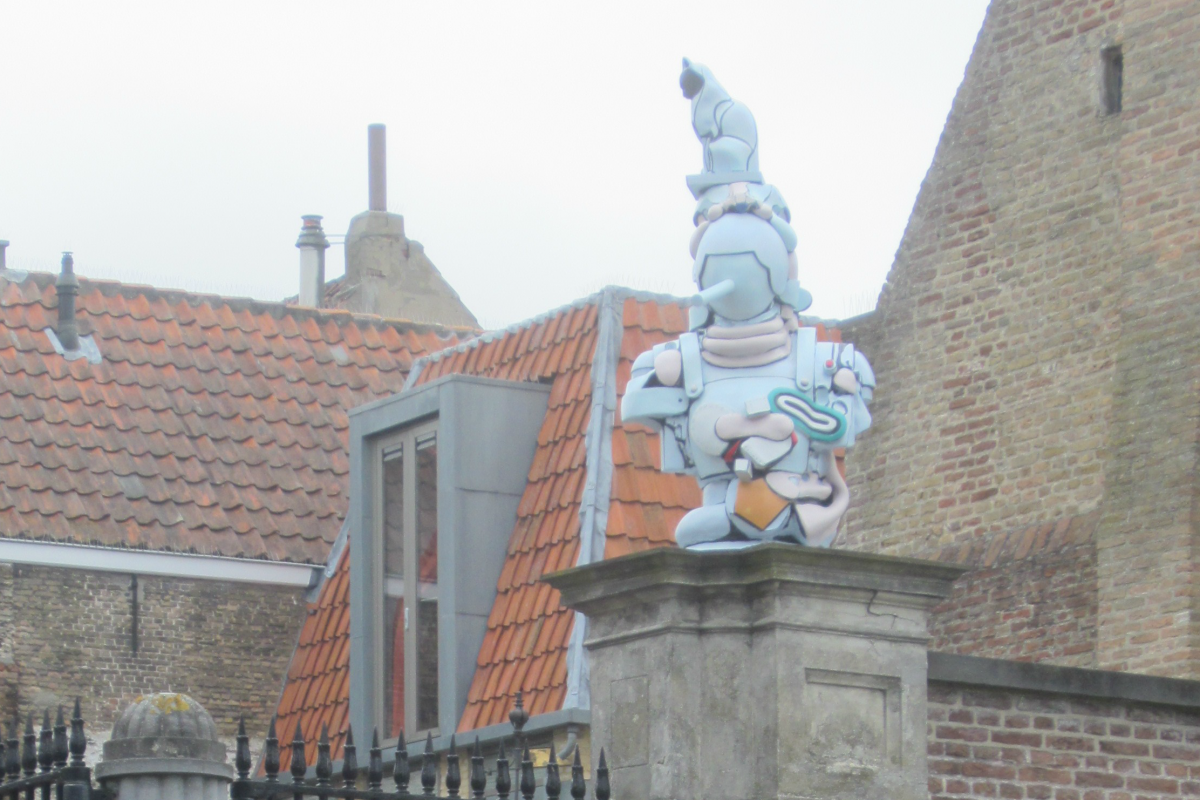 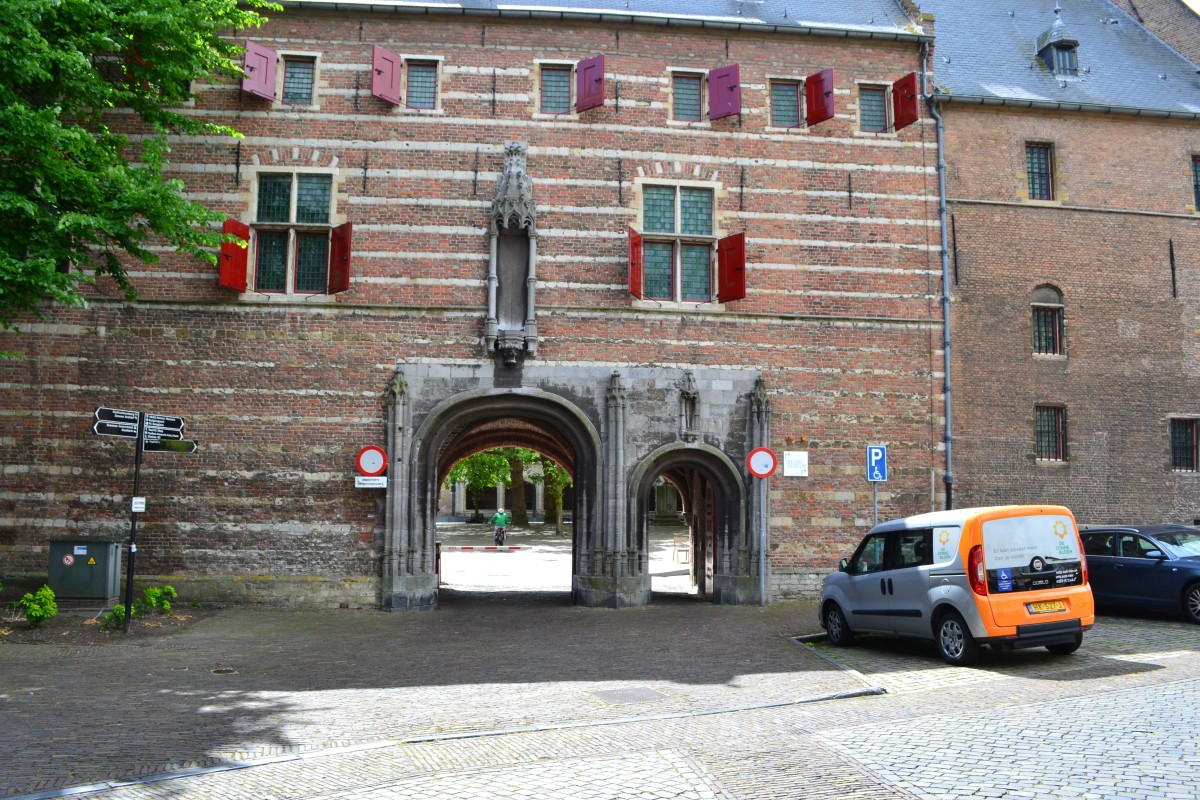 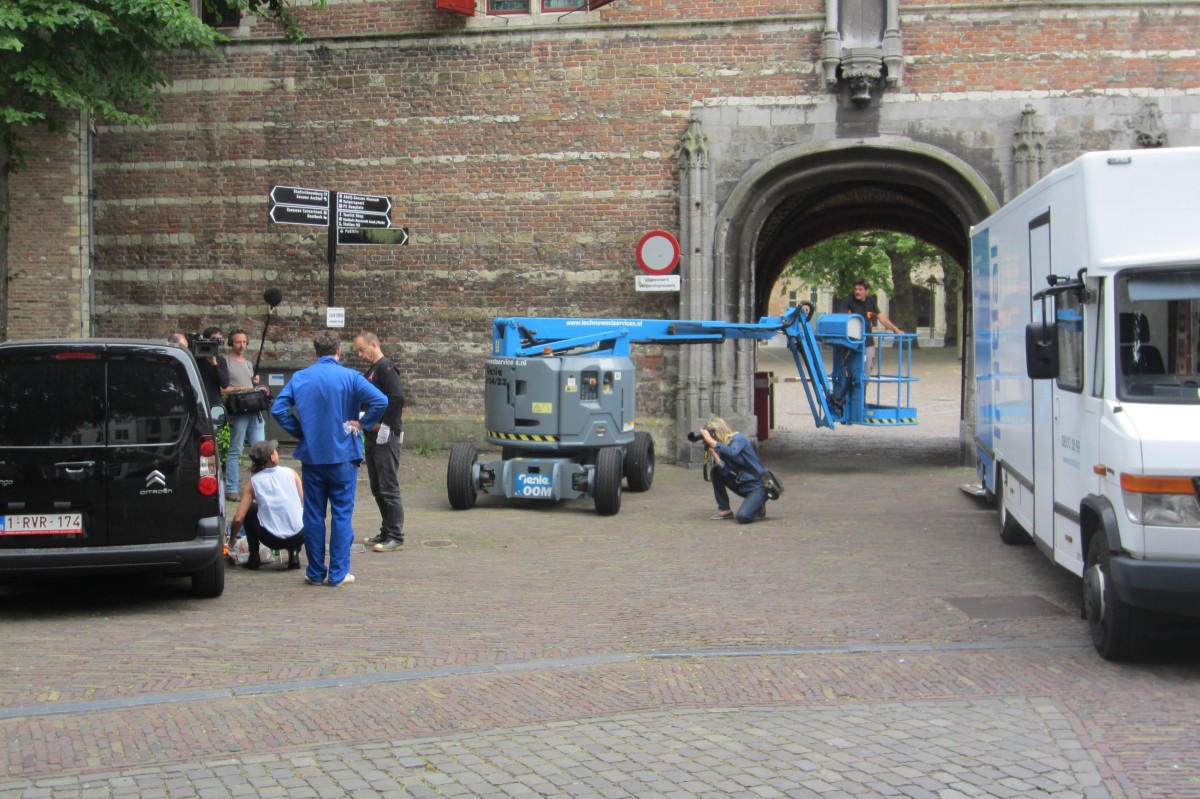 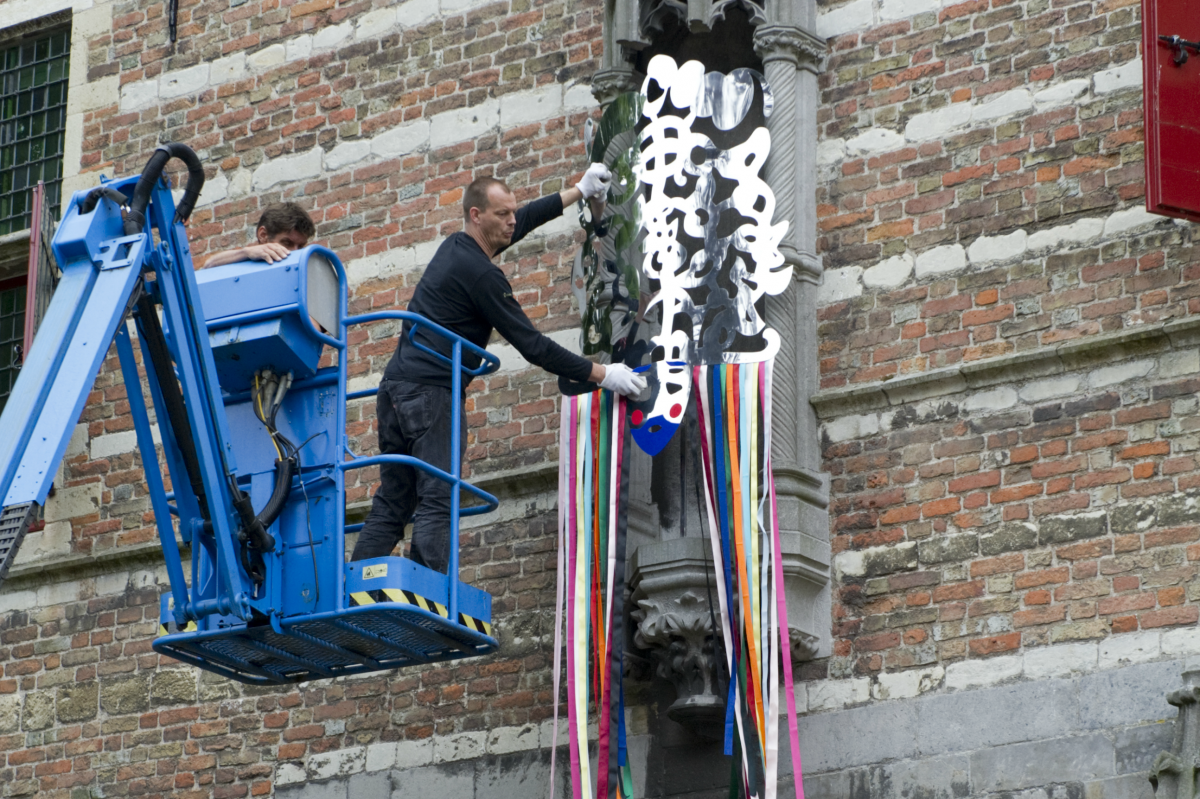 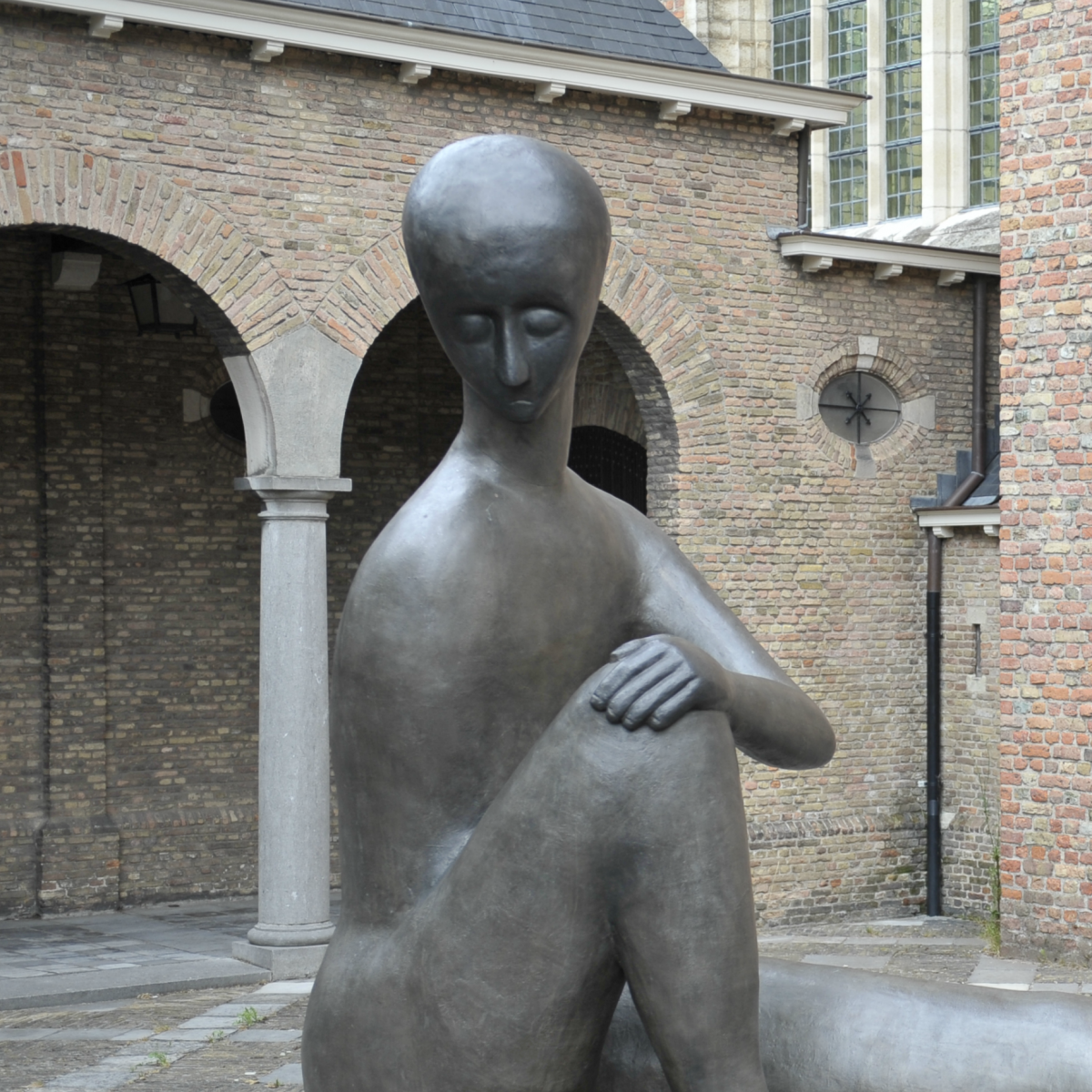 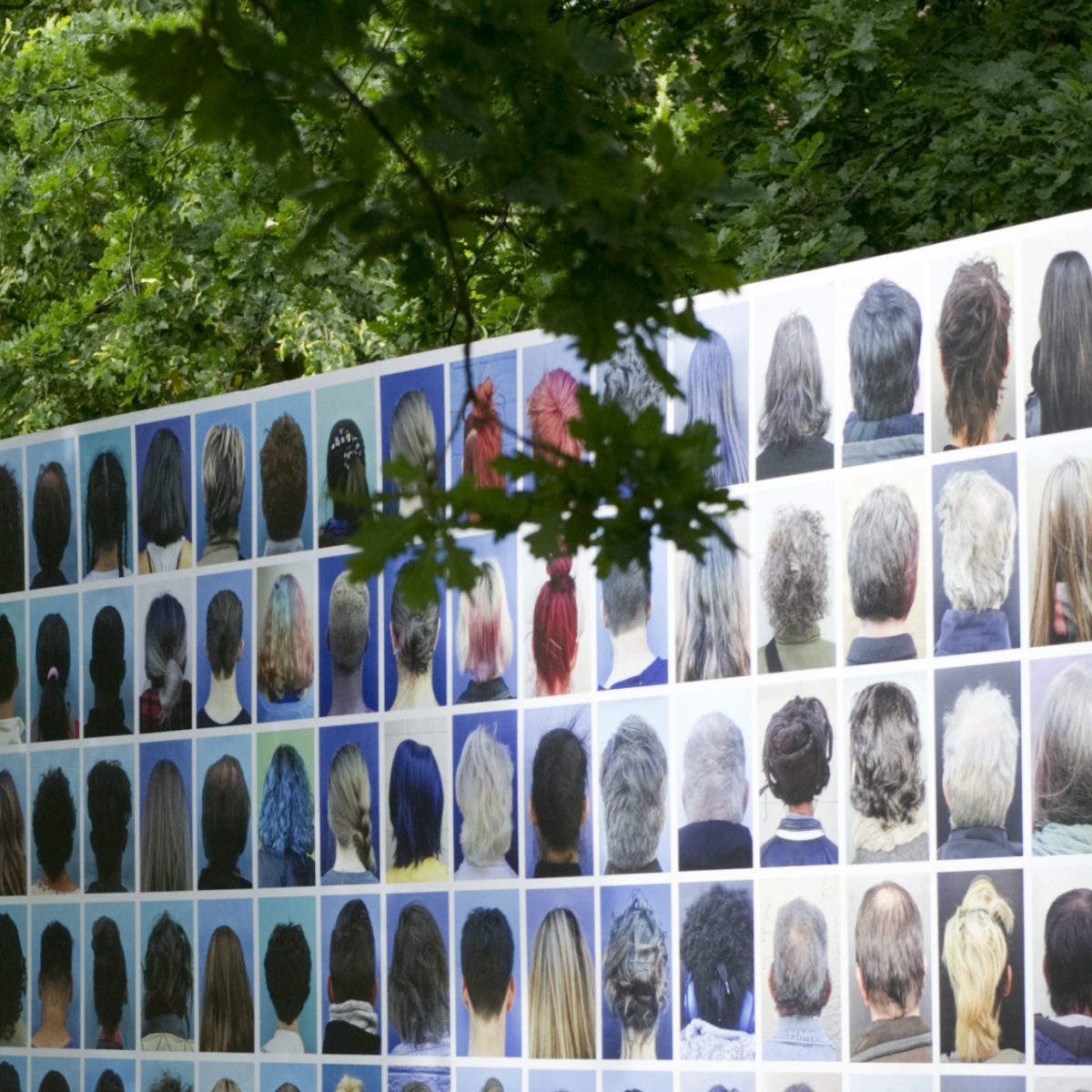 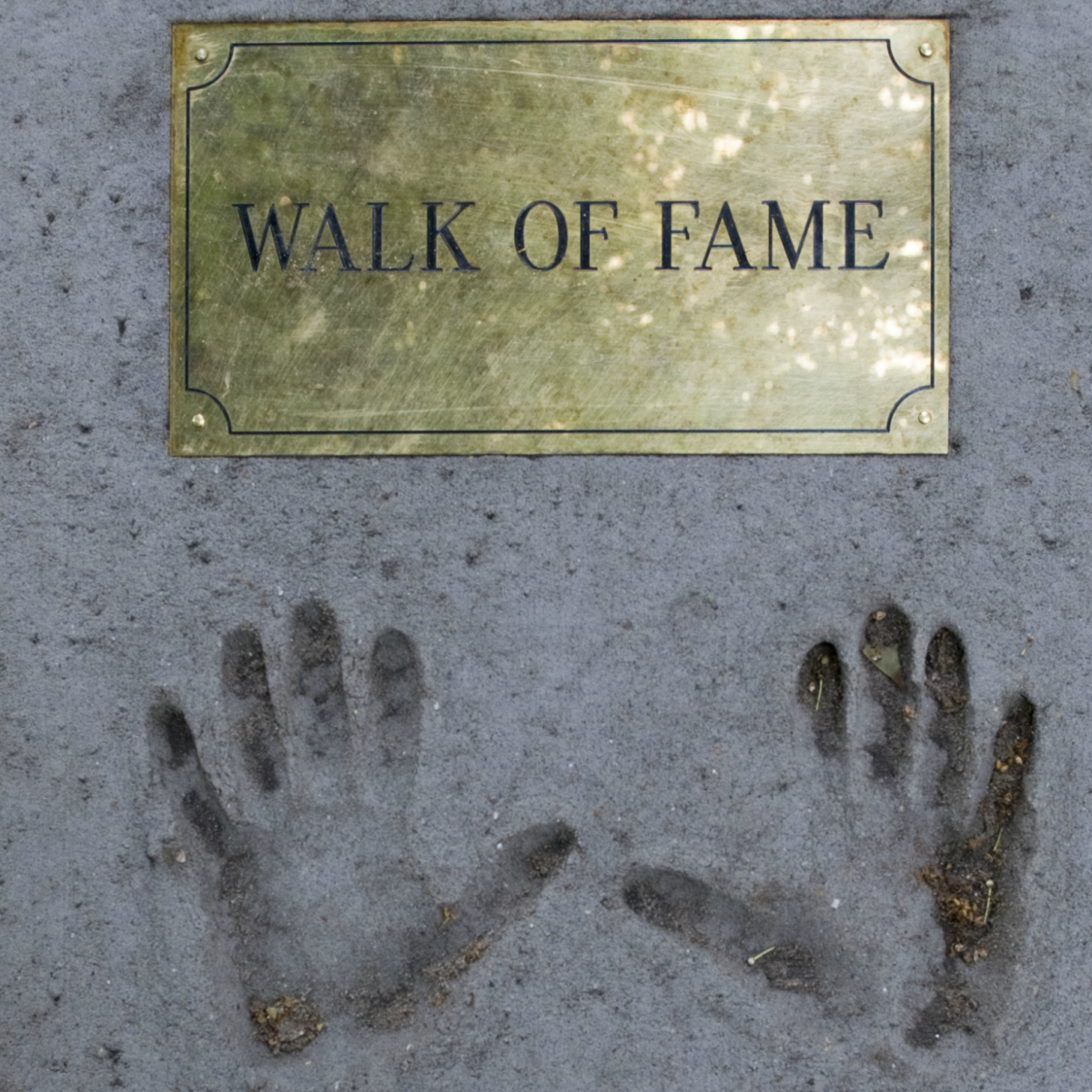 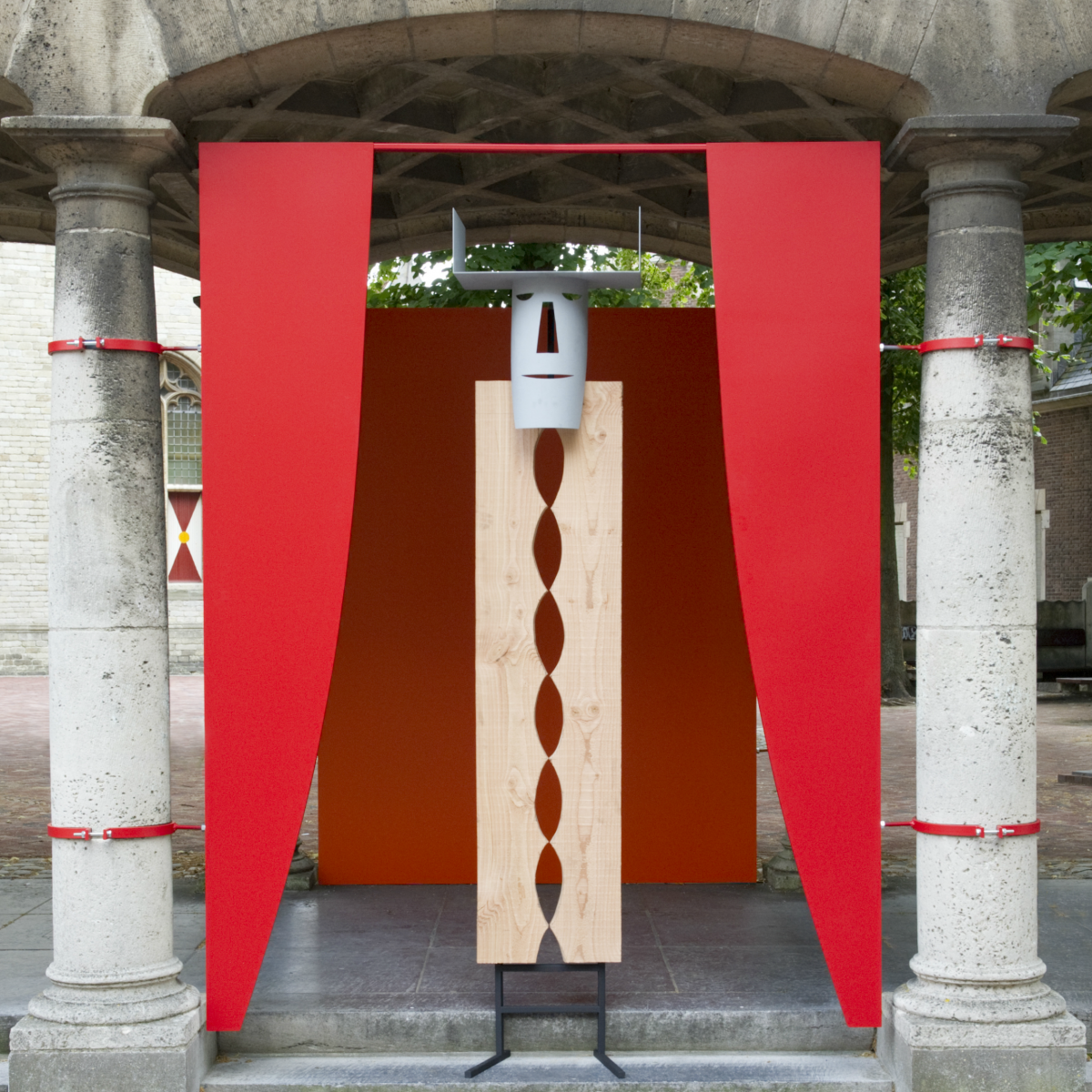