Sculptor and artist Joep van Lieshout (Ravenstein, 1963) manages a group of artists and designers with whom he makes his own choice of work as well as work he’s commissioned to do. The studio operates under the name of Atelier Van Lieshout, in a field that links together art, design and architecture.
At the Koorkerkplein in Middelburg, Joep van Lieshout has put up an installation entitled Huis which consists of a steel cage, with windows, a door and a interior that have been pressed together and pulled apart under great force. The rational and rigid geometry has thus been transformed into a hard and organic structure that evokes some idea of freedom.
In Joep van Lieshout’s work, a structure like this is always a reference to systems in which modern man functions. It makes one reflect on the role of man in the social, political and economic systems that he himself has developed and from which he also wants to be liberated. 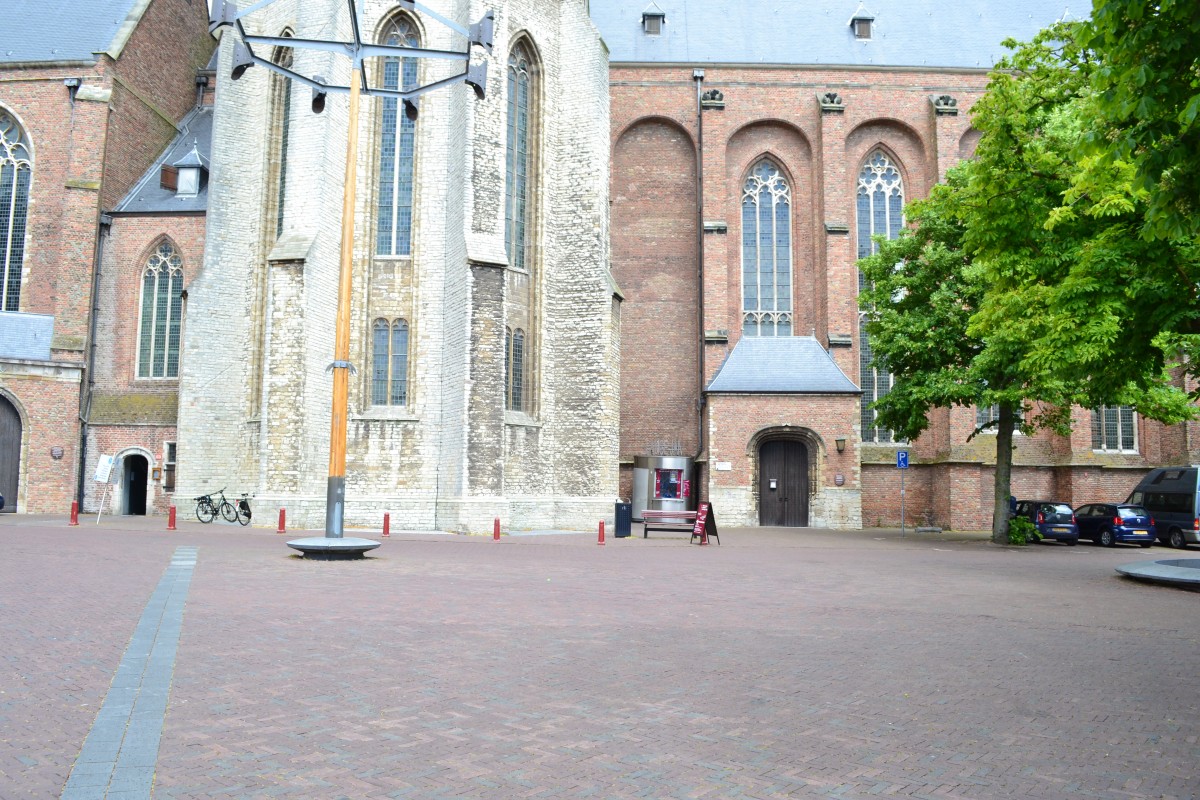 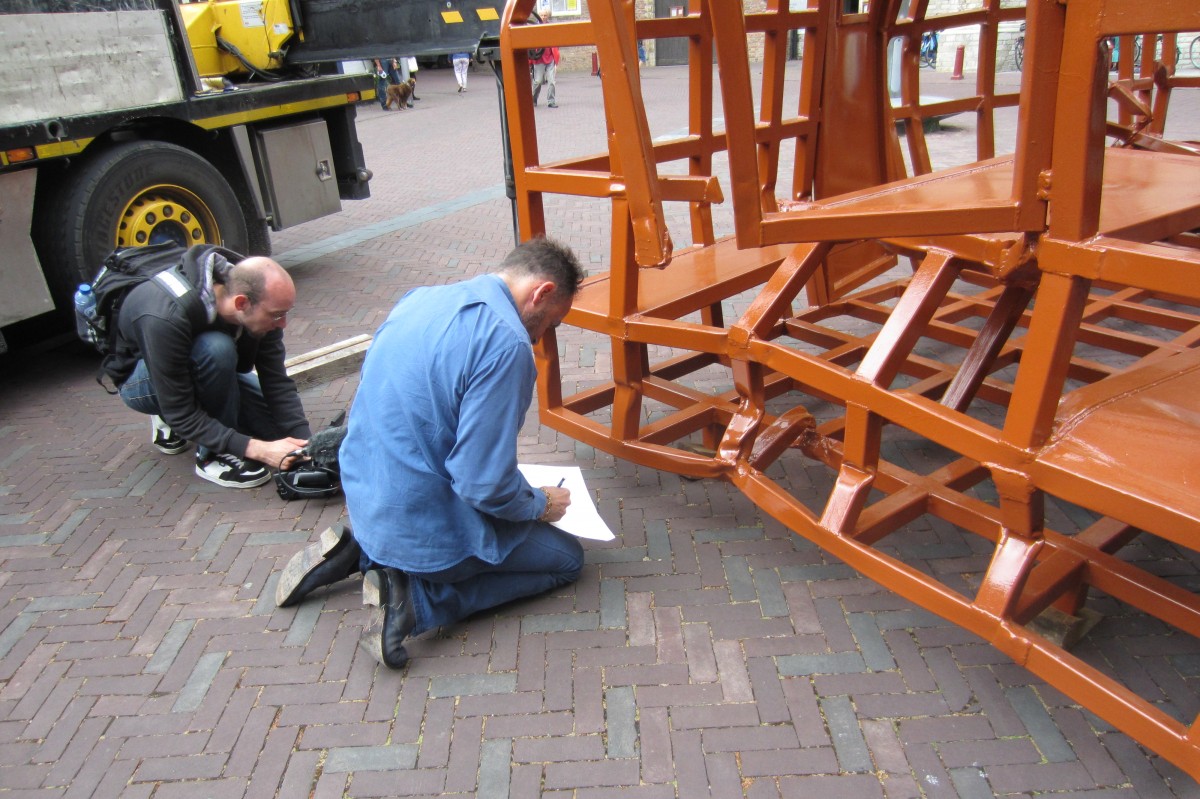 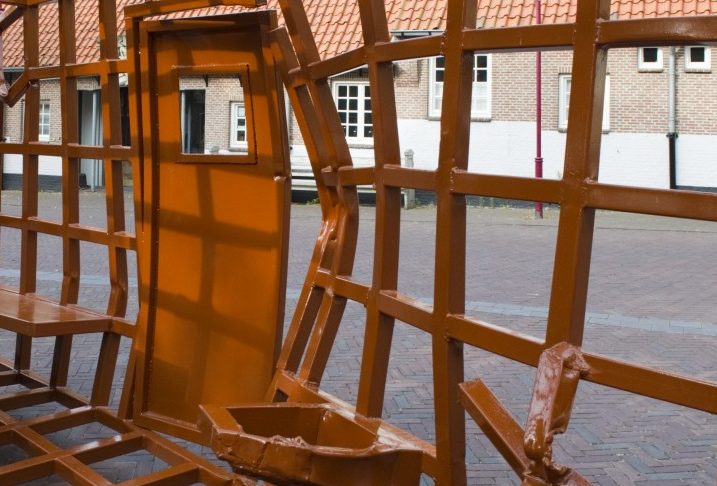 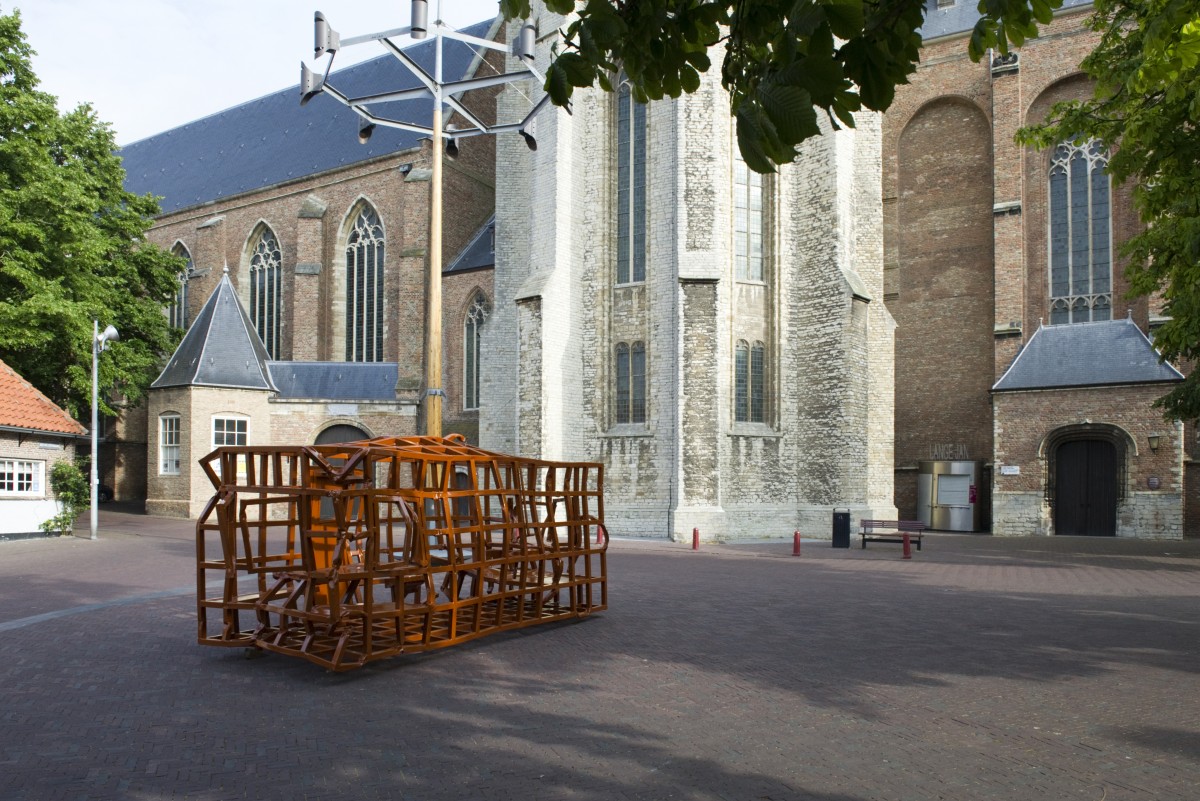 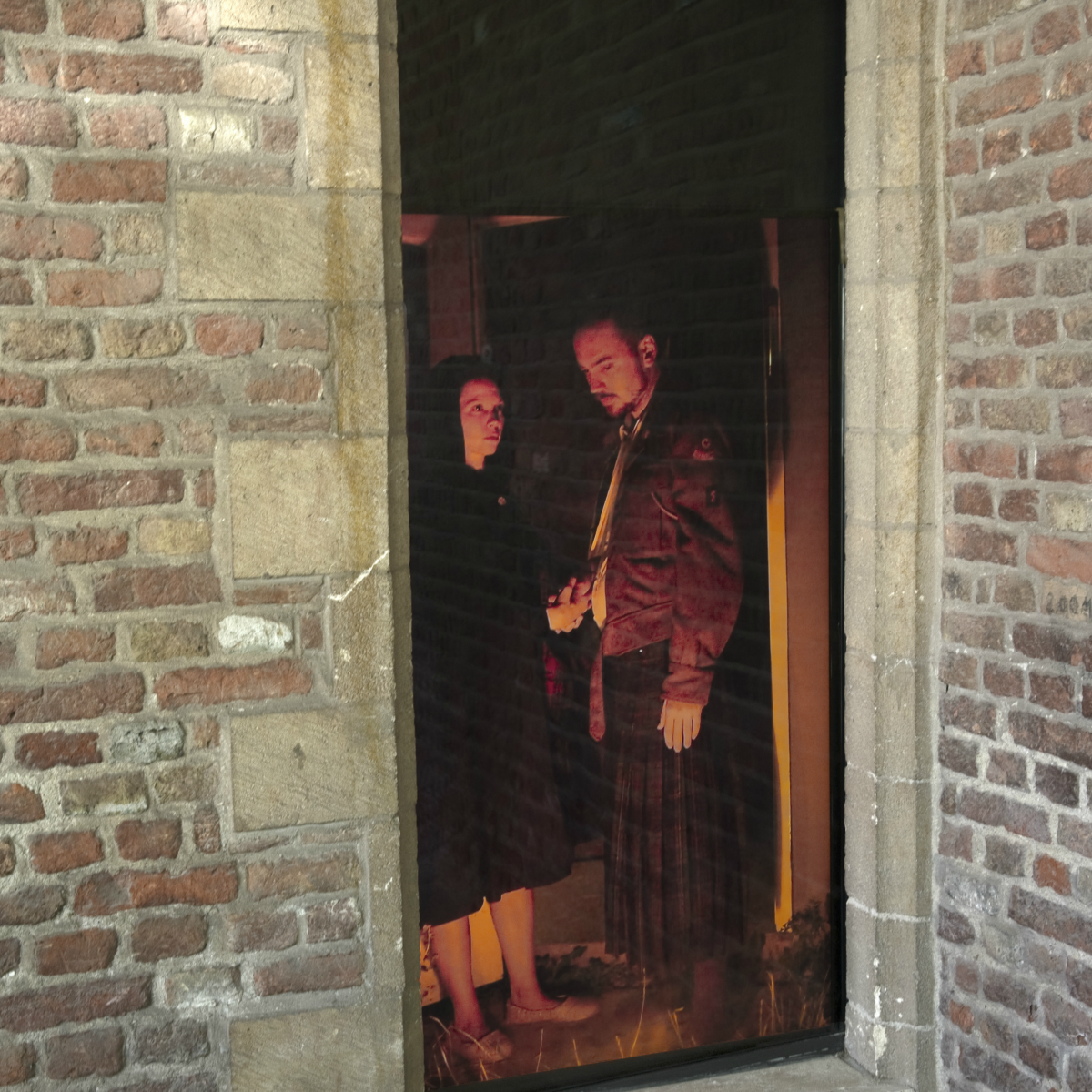 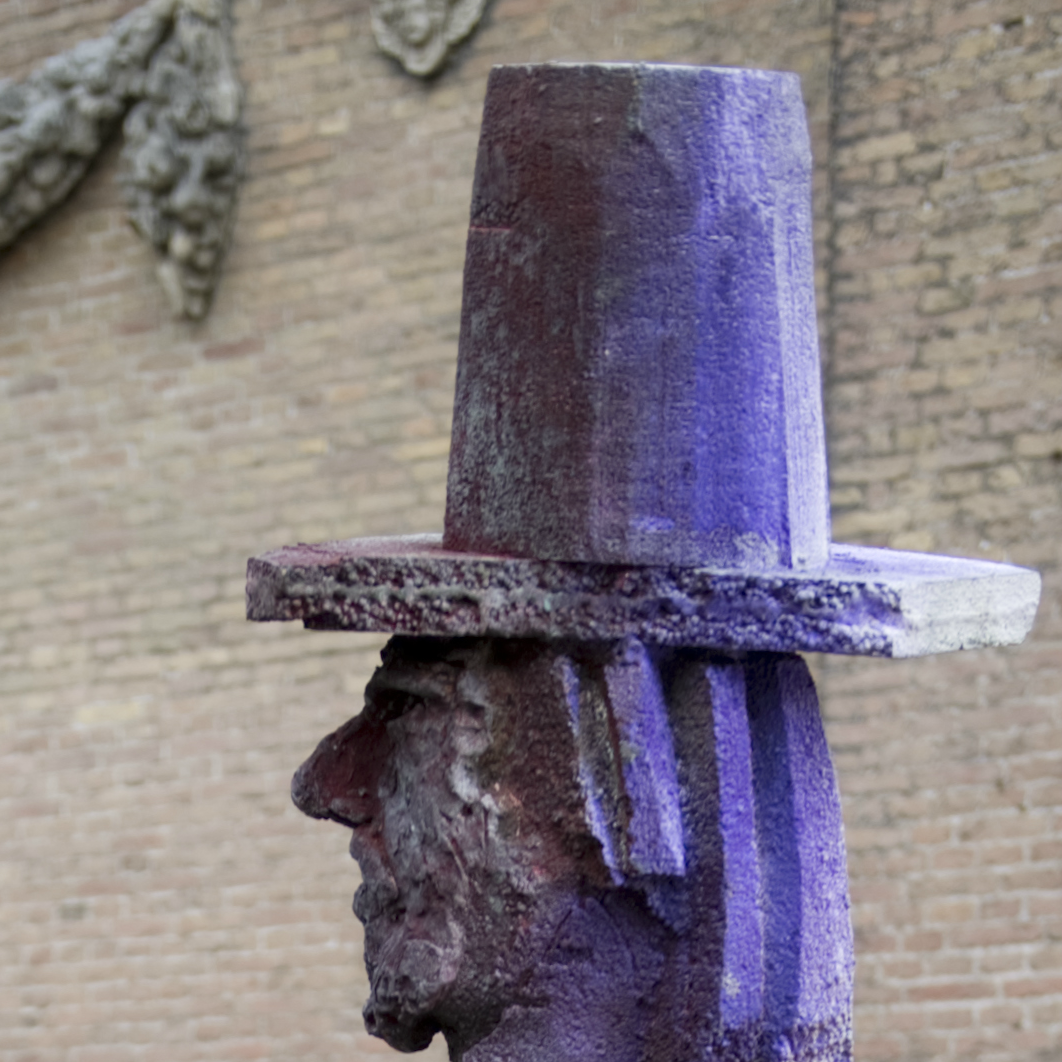 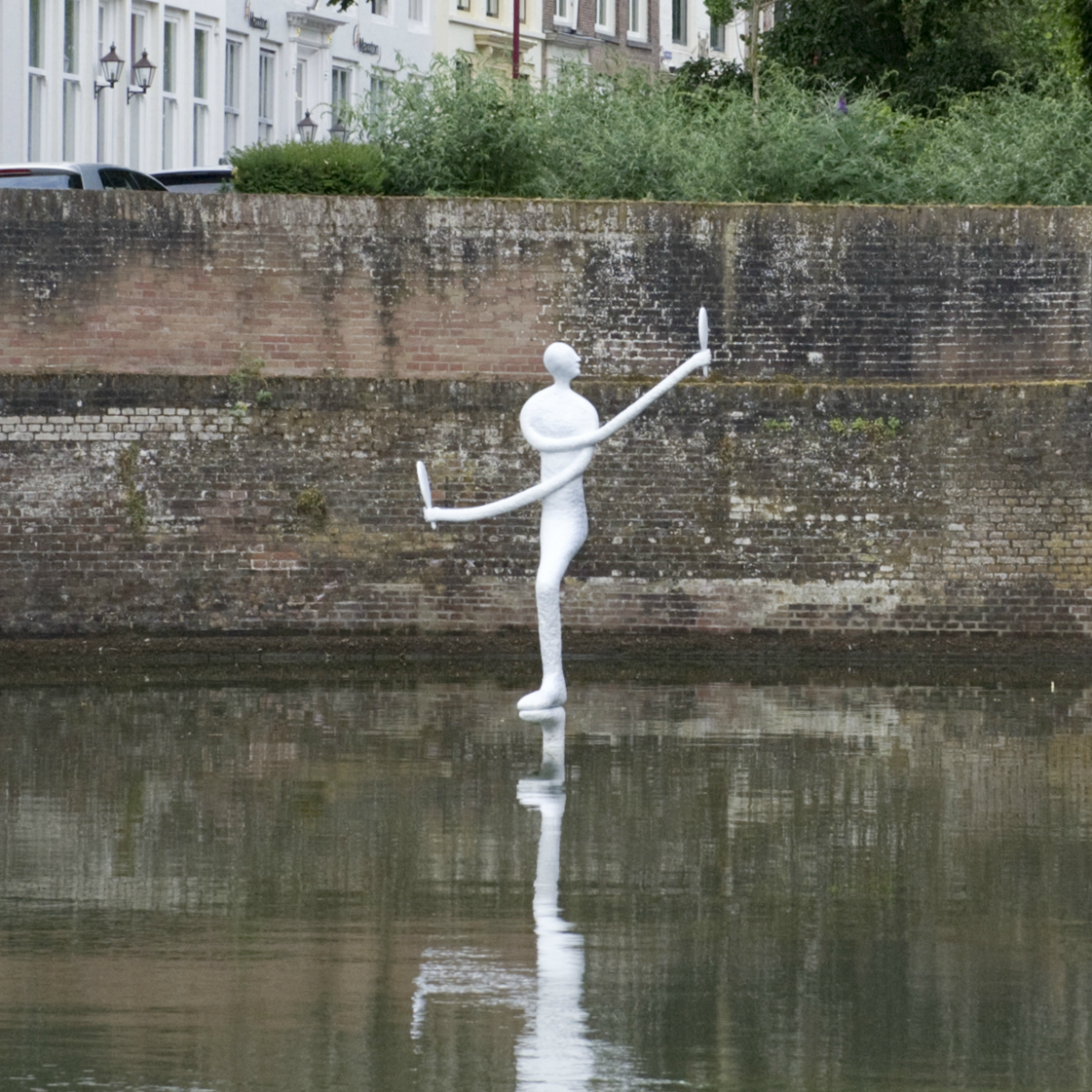 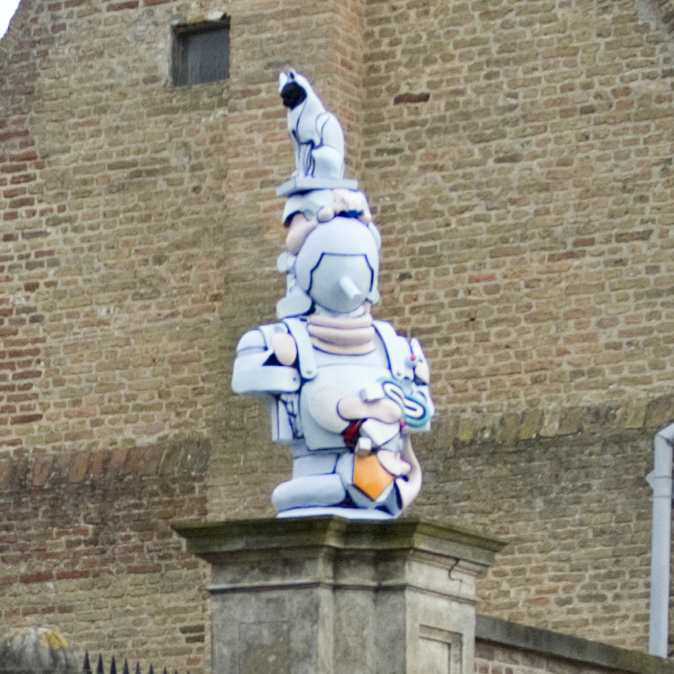 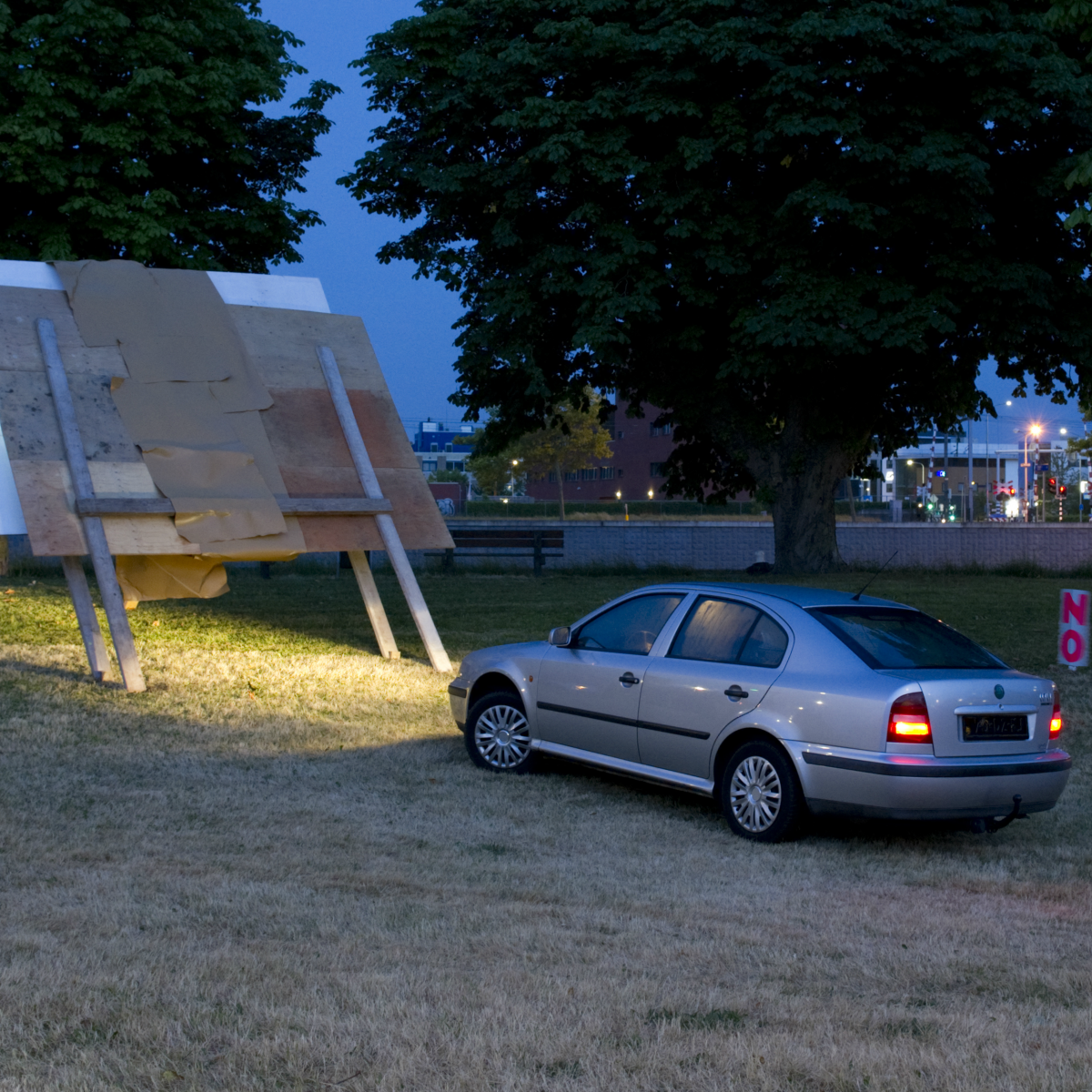